Studio – Galerie Zdeněk Sklenář – CCC Beijing
Dear Friends,
We would like to sincerely invite you to a tour of the Zdeněk Sklenář Gallery Studio in Beijing, which will take place on 28 August 2016, from 3:00 pm to 8:00 pm with the personal participation of the artist. During the official opening, you will have the opportunity to see the works and projects by this important sculptor and conceptual artist, who made a noteworthy entrance onto the art scene at the start of the 1990s. Leroy Chiao, the first professional astronaut of 100% Chinese origin, will be the honoured guest at the habitable Generator module in the Zdeněk Sklenář Gallery Studio.
“In February 2014, Zdeněk Sklenář asked me to do the interior design and complete the Zdeněk Sklenář Gallery Studio at the CCC Beijing. He asked me to create a vision of how to shape and implement an unusual timeless environment for such commonplace activities as sleeping and resting that would, at the same time, be suitable for concentration and looking for inspiration. I was aware that, thanks to his innate generosity, Zdeněk Sklenář offers an environment to Czech artists who long to achieve self-improvement in China and other parts of Asia.
Immediately during the first seconds of my visit at CCC, when Zdeněk Sklenář clarified his idea for the Zdeněk Sklenář Gallery Studio to me, explaining how every two months Czech artists would travel to Beijing, and live and create new things at the Studio, I thought of the straightforward name of Generator as being the most fitting – not only because it was going to be an environment that would generate creative energy in its users, but also on the basis of the fact that the man commissioning the work and his way of thinking is an unceasing “generator” of new ideas, which he realises in the Czech Republic as well as in the rest of Europe, in the USA, and particularly in China. I created a house within a house, specifically in the form of something like a space module, with its lowest section hovering three metres above the Studio’s floor. I gained the courage
to implement this idea from the most daring Chinese architecture of today, which is an inspiration not only for me, but also for the surrounding world. Technological components glued in a vacuum and joined with the help of ready-made forms made of the shaped composite panels manufactured by the Variel Company in Zruč nad Sázavou, enabled me to build an unusually shaped dwelling structure. I hope that this house within a house will become a space that generates creative energy throughout the entire building housing the Czech China Contemporary Art Museum, established by Aqin and Jiří Straka in the Bejing art district known as Songzhuang.
I am very happy that after more than a year spent on the world’s oceans, my Generator is prepared for its first visitors, and I would like to take this opportunity to thank Zdeněk Sklenář for his patience, and his steadfast will to realise this project.” 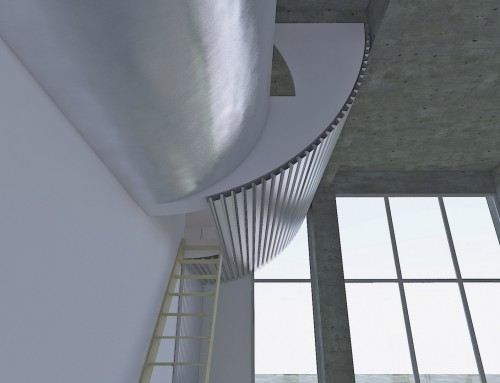 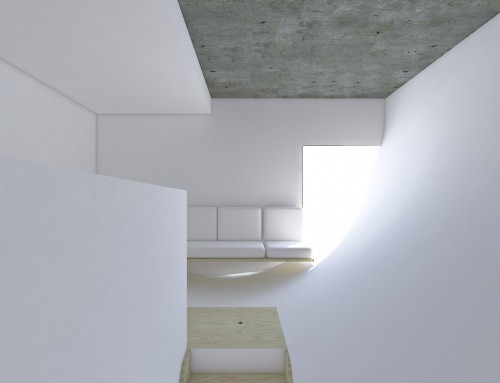